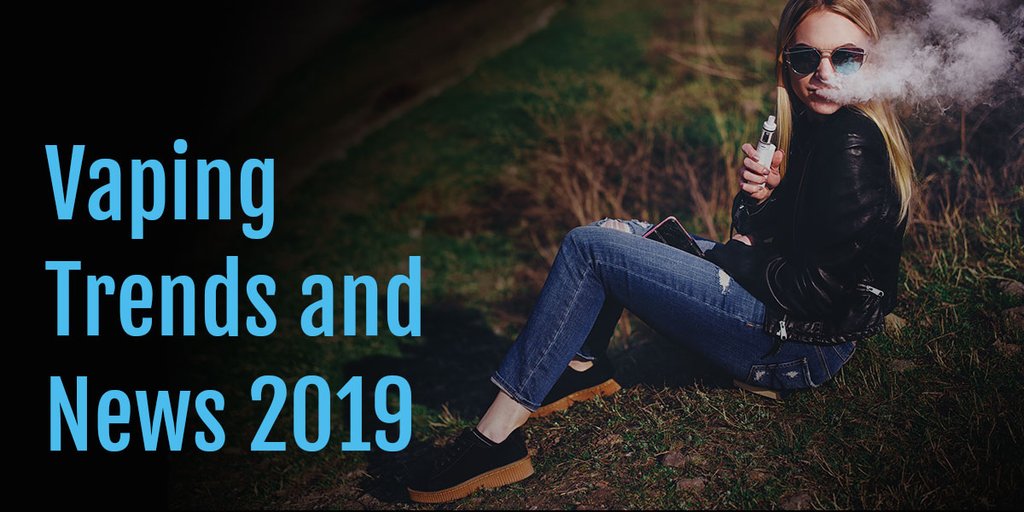 What leads e-cigarette and vaping industry to a $50bn global market?

When e-cigarettes appeared in the North American markets in 2007, they resembled the regular cigarettes,

for they were designed to impress existing smokers and help them quit, but their failure to hit the target audience set a vaping trend

that was to put the e-cigarette and vaping industry on a trajectory to become USD 50 billion global market by 2023, as forecasted by recent studies.

Early e-cigarettes – instead of attracting existing smoking – created a new generation of younger nicotine consumers, who liked to inhale nicotine rather than smoke it.

It led to crucial change of device designs that no longer resembled the combustible cigarette and looked more like a pen.The newer design appealed the tech savvy people.

And then vaping industry witnessed a design explosion; multiple versions of e-cigarette, vaporizers, pen vapes, pods and mods were introduced.

It rolled into unique vaping trends not seen in many other industries. By 2015, “400 different brand names”  were available on the American market.

As vaping devices use e-liquids, batteries,and other accessories for their basic operation or enhancement, an auxiliary industry further pushed the market volume.

At least three research reports in the past two years have projected global vaping market size to reach between USD 47 billion and 61 billion by 2023-2025, with North America accounting for the largest share of USD 20 billion.

Studies by Grand View Research, ReserachAndMakrets , and others forecast a combined annual growth rate (CAGR) of 15% to 24% during this period. What leads this exceptional growth, and how do you identify some of the vaping trends bound to influence the market in 2020?

To understand the phenomenal growth of vaping, one has to examine the past and present of the industry to accurately predict the future, and to understand what it means for both investors and consumers.

Geographical density of vape shops, technology, and marketing strategies would factor in, too.

While e-cigarettes were marketed as safer non-tobacco alternative to conventional smoking, leading companies, riding on the popularity of vaping devices, have reintroduced tobacco in their so-called Heat-not-Burn(HnB) devices.

The 2018-2023 global outlook and forecast for vapor products by Research And Market predicts that the launch of yet newer vapor product lines would further contribute to the growth.

The innovative product lines already account for some of the major trends and design improvements.

The way they have hit and influenced different market segments provides insight into the future market trends.

While one category of vaping products is suitable for the beginners, another lures the enthusiasts. And some products cater to the budget users. 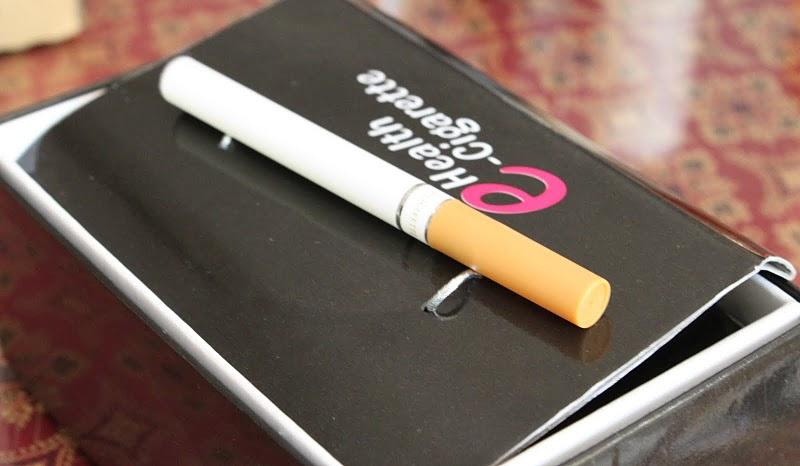 For the most, the vaping experience begins with basic e-cigarettes, resembling the regular cigarette.

These cig-a-likes products are the most affordable. Although they have a downside in terms of battery life, a potential consumer would prefer to buy a disposable e-cig to get the first taste of vaping.

The disposable one-piece e-cigarette units could be handled and discarded like a regular cigarette.

The all-in-ones (AIO)could be the next best choice for the starters.

They provide a crucial advantage over two-piece cig-a-likes with replaceable coils and option of using custom e-liquids of users’ choice rather than installing pre-filled cartridges. 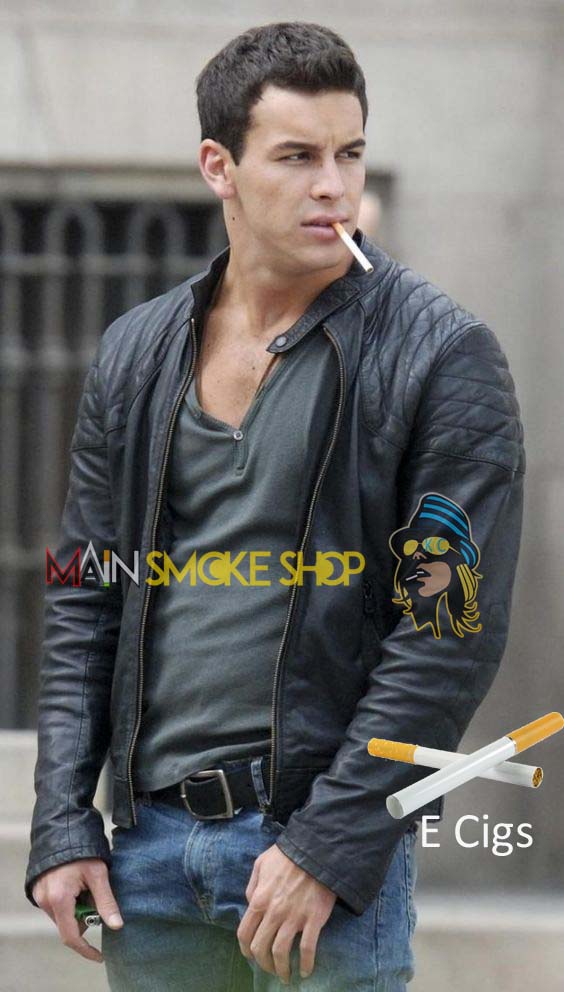 After first generation e-cigarettes failed to influence their intended target, i.e., old smokers, manufacturers launched a revised design that resembled a pen, though much larger than a regular pen.

The pen-styled devices are known for longer battery life and more powerful vaping experience. With their bigger tanks, called clearomizers, and batteriesvape pens could last for up to three days.

Yet another thrust to vaping experience came with pod vapes. They act as bridge between cig-a-likes and mods, the powerful vaping devices capable of producing smoke clouds.

High-end users prefer mods, but for the users transitioning from cig-a-likes to more serious vaping, pod seems to be the best option available on the market. 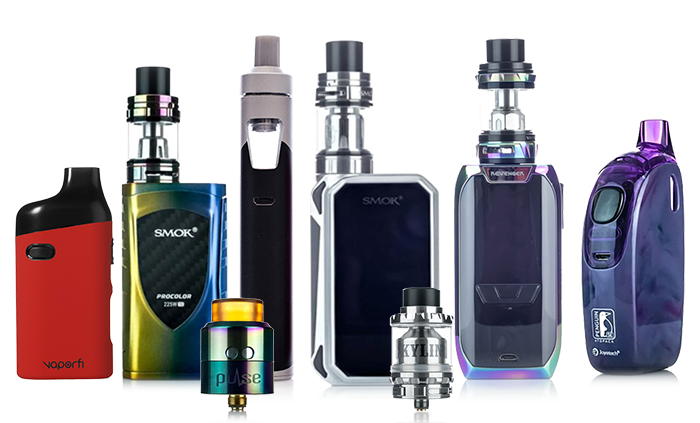 Pods also serve as less expensive substitute to mods. In fact, so far pods have seen a rising high demand, and they continue to flood the market with hundreds of version being offered by several vendors.

Pod vapes have built in rechargeable batteries. Some have button triggered design, but most rely on automatic function, meaning a user just have to take a drag and the pod will make smoke.

Pods do allow customized vaping experience by permitting the selection of user’s favorite e-liquids and switching the coils between regular and sub-ohm ones.

They, still, have limits to what they could offer. E-Mods, on the other hands, deliver unmatched performance and customization.

Mod devices have varying designs; usually they resemble your perfume bottles, and many would fit in your palm.

They owe their bigger size to huge rechargeable batteries and a chipset.

One of the crucial difference between a mod and pod lies in the power that each could supply, other being the chipset incorporated in the device.

Mods are more powerful, and the chipset allows you to configure or regulate everything from wattage and voltage to the color of display screen.

The term “mod” harks back to the early days of vaping, when e-cigarette enthusiasts modified their devices for customized experience. 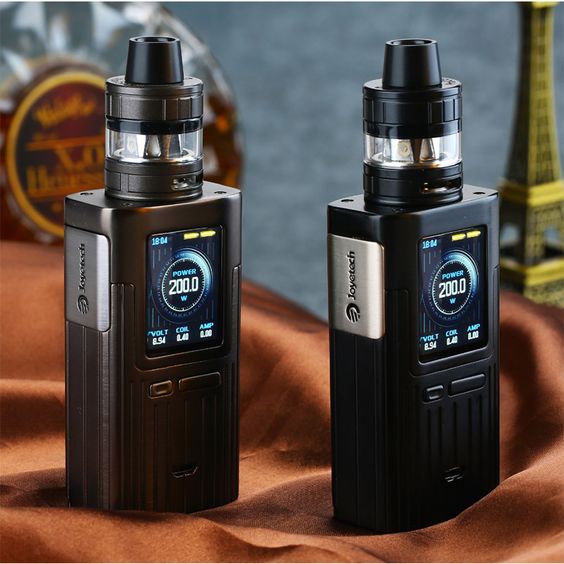 Mods could be divided into two categories: the high wattage devices and box starter kits.

However, to produce huge vapor clouds one needs coils rated with over 100 watts of power. This is where high wattage mods have to jump in.

In a competition style vaping you cannot fog up room without these advanced mods.

They safely fire up at least 200 watts and safety is key here. Powerful and bigger batteries enable high wattage output, though this also means a heavier device.

From the first generation of e-cigarettes to the most powerful mods that could insanely fire up to 700 watts, hundreds of products have been launched claiming to be the safer and harmless alternative to conventional cigarettes.

Researchers, however, have shown considerable skepticism as many e-liquids contain nicotine which is an addictive substance. Research on e-cigarettes suggests the vapor contains “lead, cadmium, nickel, formaldehyde, and hydrocarbons, among other chemicals.” 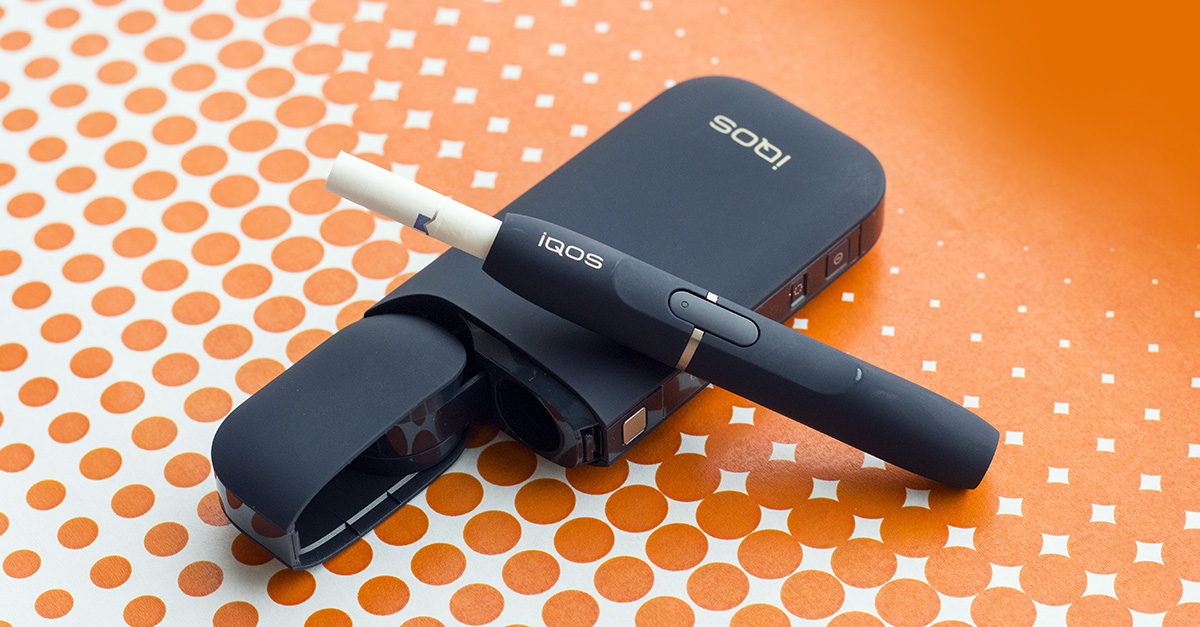 Vaping industry founded itself on the claim that it could help quit smoking. Philip Morris International appropriated the same slogan when it launched IQOS (I-Quit-Ordinary-Smoking).

The Heat-non-Burn (HnB) cigarette is both similar to and different from other e-cigarettes version. Instead of e-liquid cartridges it uses real tobacco.

But like an e-cigarette is uses battery powered heat blades to heat tobacco without burning it. So, HnB provide middle ground between combustible cigarette and e-vaping.

Some experts consider it to be less safe than a regular e-cigarette. However, HnB could be classified as e-cigarette and seen just another addition to the innovative production lines of vaping and e-cigarette market.

Studies such as one by Research And Maket use IQOS to gauge the potential growth of vapor products.

The history of vaping industry in North America, beginning in 2007, hints at vaping trends that may continue in 2019: as in the past the device designs are to be influenced by technology and not mere popular demand.

While vaping devices reportedly hooked the younger people who never smoked previously, HnB ones may target existing cigarette smoker and could achieve what e-cigarettes failed to do, by giving a semblance of risk-free smoking while retaining the regular smoking experience. 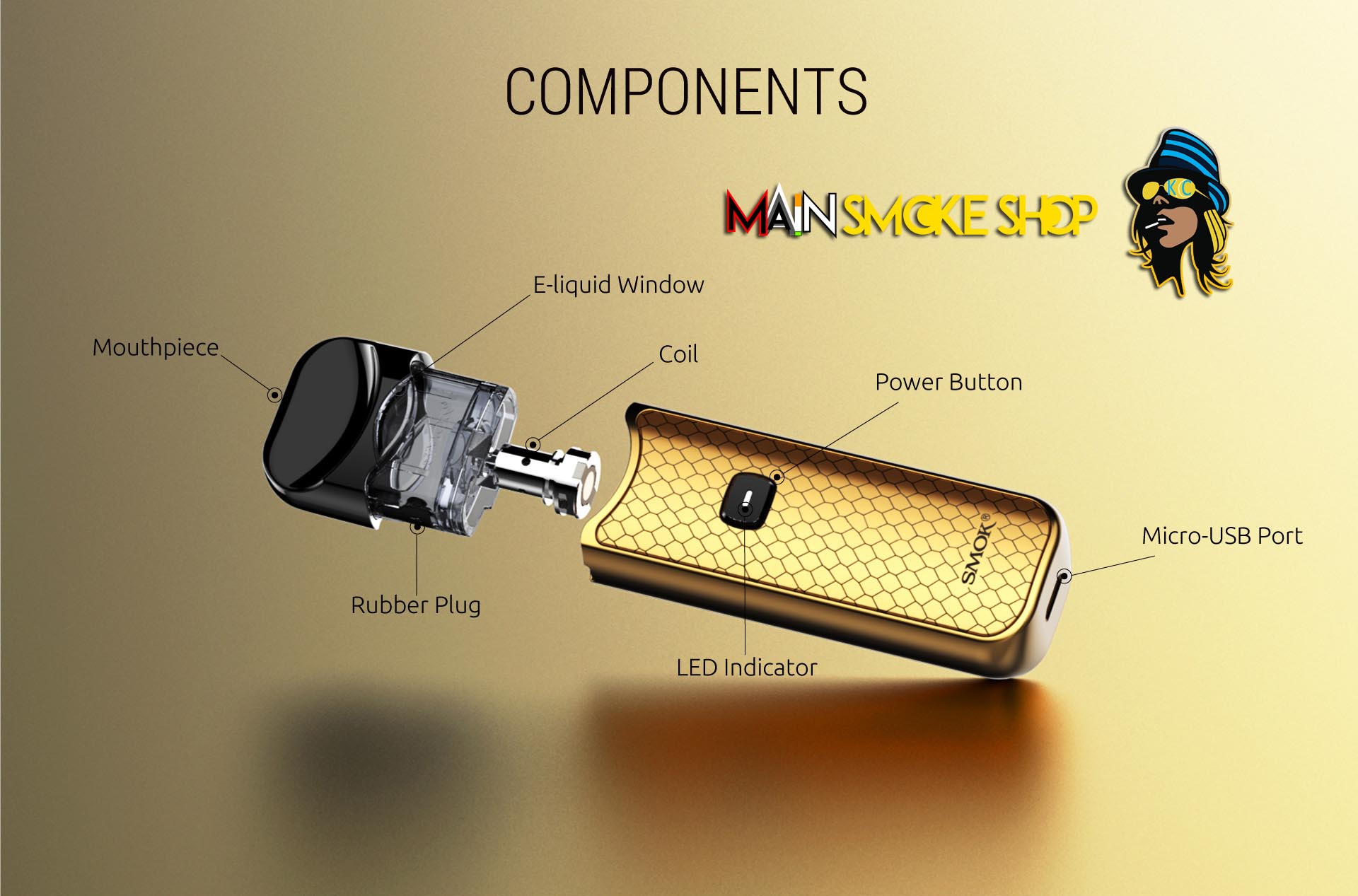 More compact pen and pod vapes, with additional battery power could flood the market. Mods could be linked to smartphones to provide finely tuned control over devices.

Both of these trends have already begun to emerge. The advanced e-cigarette designs are focused on longevity. Companies try to create more customizable and portable vaporizers, including mods.

From the outset a major share of vaping devices was sold on the internet. These online sales are bound to grow.

Separately sold vaping accessories like e-juices, sub-ohm tanks, atomizers, coils, drip tips, batteries, and chargers form the part of a growing auxiliary industry in vaping market. The emphasis on customization may boost the production of these accessories and others.

As vaping becomes synonymous with trying different e-juice flavors, new tastes with unique composition may hit the market. Demand for increased vegetable glycerin contents in e-juice is on the rise as it helps vapers make thick clouds.

E-liquid is expected to exhibit the highest CAGR of 26.7% by 2025, higher than modular device segment that is to grow a CAGR of 24.9%, says Grand and Research’s report. 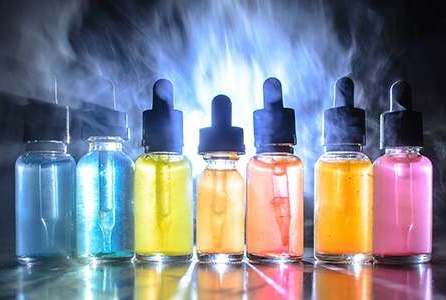 Vape shops rapidly popped up in the USA since 2008. However, they spread unevenly. For example, Missouri’s Kansas City (KCMO), known for Barbecue, Jazz, and tourist attractions, has seen mushrooming of vape shop in recent years.

The first e-cigarette was created in China by pharmacist Hon Lik in 2003.

He marketed it in 2004 but it took his creation another three years to hit the North American markets. China is the biggest supplier of vaping products. However, Chinese companies fail to get a direct foothold as quality control remains a huge issue.

Quality would continue to determine the successful products from their failing siblings. There is now a new entry barrier though.

Today, one billion people – around 13% of world population – fall under the category of smoker. Smoking kills around 7 million people annually.

Vaping and e-cigarette product are known to have reduced the risk, though without eliminating it completely.

On the other hand, these products, by offering semblance of safety, continue to hook younger people who would otherwise never smoke.

Vaping and e-cigarette market have attracted large tobacco companies, who plan to shift their focus towards developing new products.

It would put the market on a trajectory that may see it surpassing the expected growth rate. 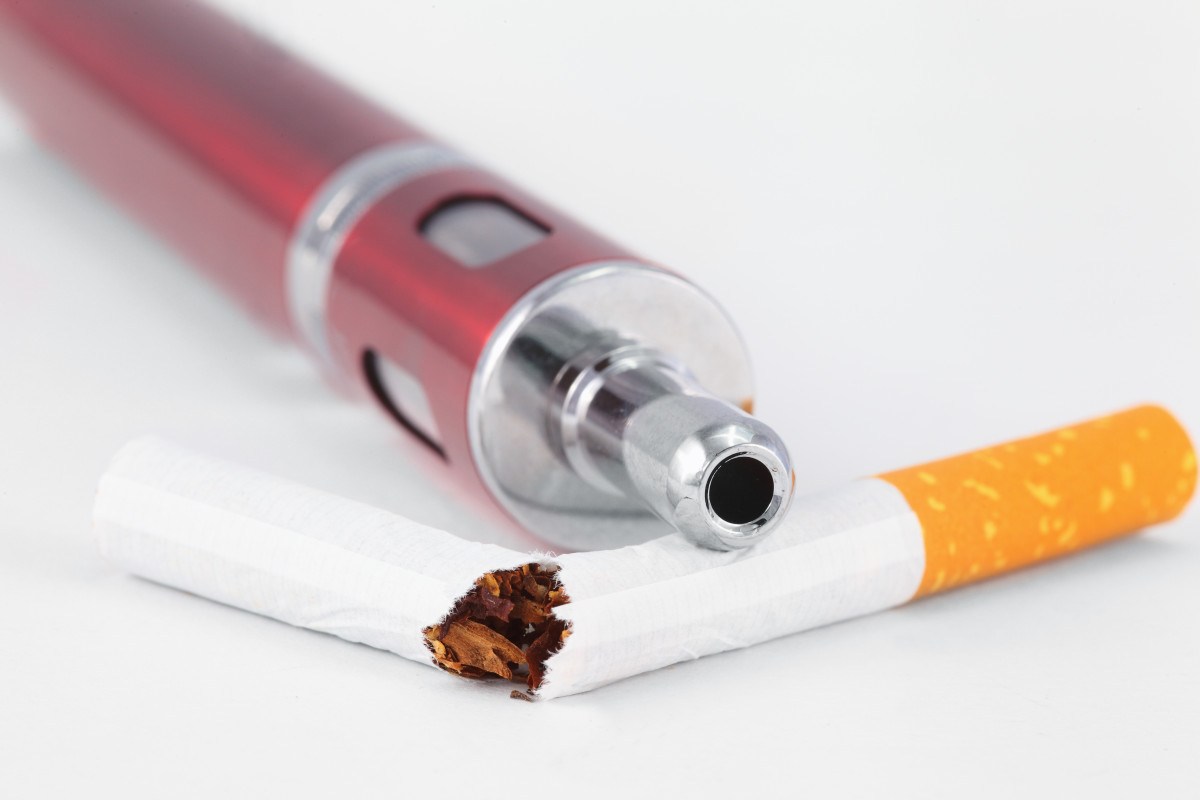